Amigurumi Sheldon by Amiguria, a photo by Amiguria on Flickr.
Via Flickr:
So...
It's not really my "thing" to make dolls (humans), specially when it's based in something that already exists...BUT, I really had to make this for my brother! ^u^

He is a fan of the sitcom "The Big Bang Theory" and I thought it would be fun to give him an Amigurumi Sheldon for Xmas. He will probably have a big laugh.

This little man is special because there is NO sewing from head to toe. The arms are articulated, yep, that's how special he is!!! ^u^
I had a hard time making the hair though (had to redo it 3 times) and in the end I kinda liked the result.

Later, I'll let you know what my brother thought of it!

PS: I wrote down the pattern, but it's not available.
Posted by Amiguria at 10:34 AM 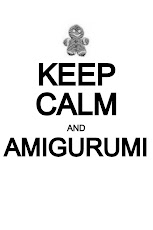